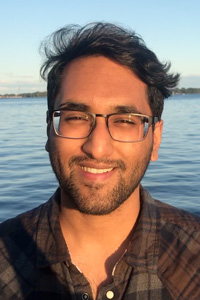 Congratulations are due to Anvesh Jain, a fourth-year Victoria College student. Jain specializes in international relations and just recently entered the North Atlantic Treaty Organization’s video contest, #NATO2030. The goal of the contest was to answer one of these two questions: 1.) What will be the most significant threats to peace and security in 2030, and how will NATO need to adapt to counter them? 2.) How can NATO keep me and my family safe, now and in 2030?

Jain’s video, answering the latter question, was selected as one of the four winners from across the NATO alliance of 30 independent, member countries. To acknowledge his win, Jain was invited to November’s (virtual) NATO2030 Youth Summit at which the secretary general, Jens Stoltenberg, read out Jain’s name as a winner and premiered the video. You can watch the announcement of Jain’s win here. NATO described Jain’s video as “timely, interesting and creative.” As Jain says, “My video explores my family’s history of immigration to Canada and NATO’s role in guaranteeing peace, freedom and economic prosperity. I identified foreign disinformation and electoral interference as a key threat to NATO’s integrity, and urged the alliance to protect democratic values and coordinate cybersecurity policies into 2030. As I noted in my entry, ‘more than ever, our sovereignty is our safety.’”

Scholars-in-Residence: The Resurfacing of Frozen Mammoths